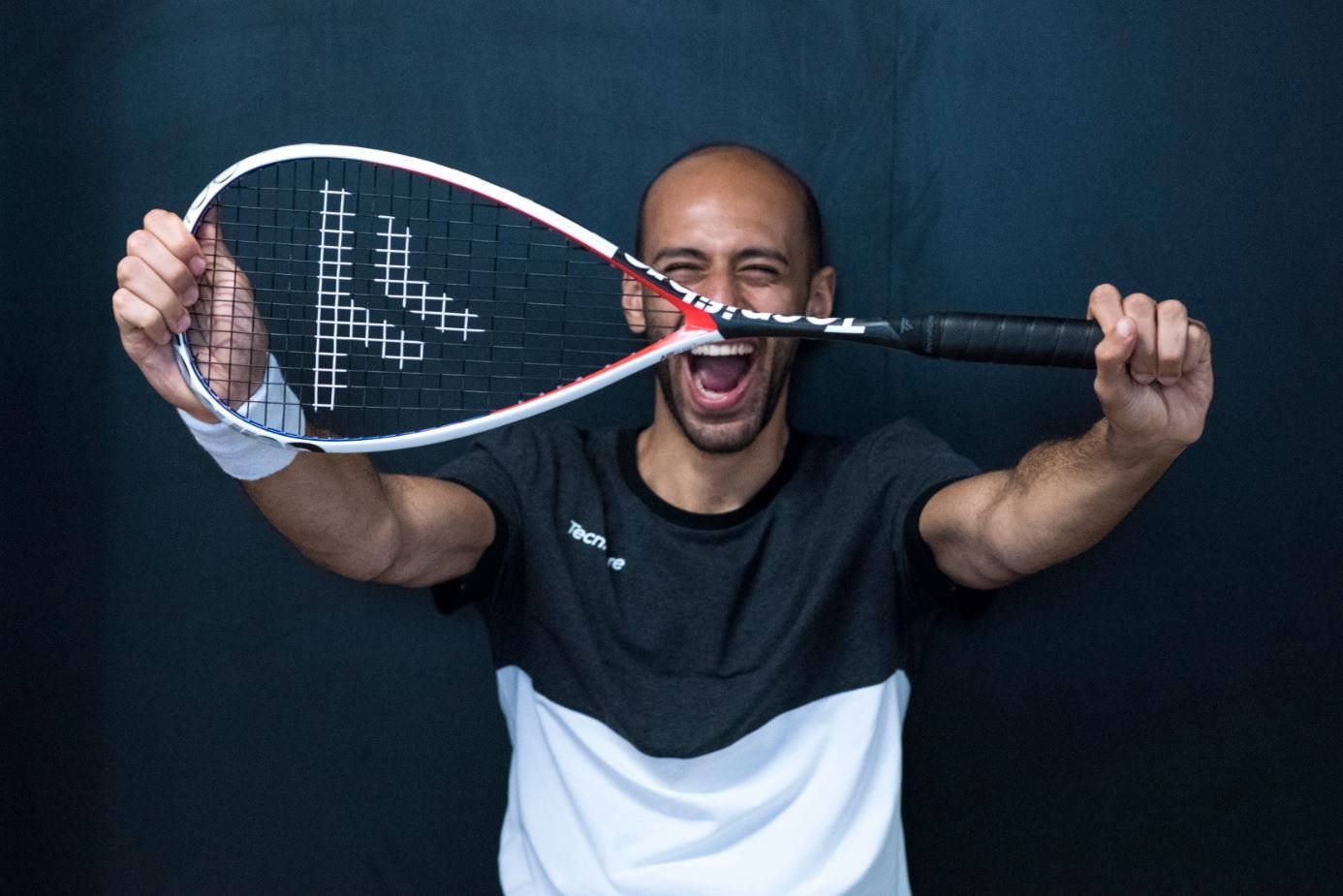 Looking to improve your length game?

The latest of an all-time favourite, the new Tecnifibre Carboflex Airshaft range has been one of the most talked-about releases in the world of squash, and for good reason...

The Carboflex Airshaft 130 is the racquet of choice for Marwan El Shorbagy, and it can only be described as a sublime mix of power and control. Weighing 130 grams unstrung, it's not too light and not too heavy, the perfect medium!

The main difference in the new Airshaft range is the shape of the frame, which is constructed with a unique aerodynamic shape to vastly boost the speed and ease of your swing. The Airshaft 130 also comes with crossed layers of Carbon called X-Arms making the racquet easier to control with fast balls and hard hits.

Tecnifibre has also made a subtle, but important change to the 130 model. They have moved the balance point back 5mm towards the handle making the balance more even than it was in previous models. That slight tweak in balance makes the Airshaft 130 more manoeuvrable than all previous versions of the Carboflex 130.

Finally, the racquet also comes fully strung with Tecnifibre's own Dynamix V.P 1.25 which is known for its power, but it's also a comfortable string. This comfort comes is down to the V.P. part of the name, which stands for Vapor Process, in which the string is bathed in steam as a final treatment!

We can certainly see what all the hype is about!

Similar to its brother (the Ultimate), the Elite 135 focuses primarily on control, but it certainly doesn't restrict your ability to generate some serious pace!

Weighing 135 grams, it's a little on the heavier side which will help assist in generating pace with a larger swing, however, its head-light balance point will reduce the feel of that weight. The Elite 135 also has a generous head size for a racquet with a traditional shaped frame, giving the user a little more margin for error on miss-hits.

Boasting Dunlop's Sonic Core Technology, this racquet is manufactured with stability and comfort in mind. Infinergy technology is also incorporated into the frame to reduce vibration levels by up to 37% in comparison to other carbon fibre racquets.

The Sonic Core series has been developed to offer excellent racket head... so you can hit a shot of pure, focused power, whilst maintaining ultimate control.

Racquet comes strung and without a cover